Please read my video testimonials below

Zac has been amazing to work with, I thoroughly enjoyed the whole process and am so happy with the music video he has made for my next single. He really went the extra mile with it and has helped give the song a new life with his passion and creativity.

Just finished up a music video with Zac and he did a killer job! He exceeded my expectations, was very efficient, and was an absolute pleasure to work with! The video turned out so cool and unique, and what a piece of art it is! Not to mention his great positive energy that I was able to feed off and therefore made me super comfortable to get my best performance. Every shot was so beautiful! I can’t wait to do the next one with him, I couldn’t picked someone better for my Happily Ever After video

What can I say. Zac has incredible vision and is so passionate about what he does it filled me with confidence on what was my first music video. He guided me through the whole process from start to finish when the video for my single Medusa just a concept. Nothing was too much and he was spot on with location, scenes and went above and beyond because of the passion he carries in his work. He provided strong but not overbearing direction which is exactly what I needed. He also had people he could bring in to fill in parts if needed. Post production the quality is incredible, absolutely stunning and he shot some breathtaking aerial shots with his drone which I am in love with. I couldn’t have done this without him; the video just would not have been the same. I cannot recommend him enough!

Loved working with Zachary Denman, professional, fun, creative and energetic.  Made me feel very comfortable, which is worth all the money in the world!  Don’t think I could recommend anyone better to have film and create a music video with!  Will definitely be working with him again, long into the future.  Very talented creative gentle man.

Zac has an infectious enthusiasm, a clear vision, and a strong sense of what works and what doesn’t.  He knows when he’s got the take he needs as he is seemingly editing in his head as he’s shooting, and brings a creative flair to the script and execution.  He is also, importantly, very collaborative in realising a project that meets everyone’s expectations.

It was a pleasure working with Zac on the video for my single, Time Well Spent. His input on the content and concept was really useful prior to the shoot and on the day he made sure everything ran smoothly and, more importantly, made us feel relaxed. Nothing was too much trouble for Zac and there was never any time that we felt rushed, he just wanted us to get the most out of the day.

I wouldn’t hesitate to recommend Zac for any video/filming needs and will definitely use his services in the future.

Comparing Zachary Denman with other music video directors I have previously worked with, I found the experience of working with Zac to be best so far. As a person he is down-to-earth, outgoing, patient, easy-going and overall an absolute joy to be with. As an artist he captures some of the best imagery I have seen in a long time. Down to every last little detail, he will take into consideration not just great camera angles or shots, but he will also take into consideration what makes a great shot whether that be the lighting, the setting, the make-up, the expressions of people featuring in the video and the quality of effects used during the post-production of the video. I can’t wait to work with Zachary Denman.

Zac worked with our ideas from the ground up. We came to him with a vague idea of what we needed and with his experience and knowledge he helped it develop into a gorgeous finished product. All notes and changes were handled quickly and without any problems. A constant open and friendly dialogue meant we could discuss ongoing changes to the promotional video right up to the final edit. Would definitely recommend and will be using him for future projects!

Matt Brinkler – Only One Direction

He was brilliant throughout the whole process, right from the original planning stages where he understood straightaway exactly the sort of thing I was looking for. On the day of the shoot he was organised, efficient and painstaking in getting the right shots. He put me at ease in a relaxed environment and actually made it all very enjoyable. Afterwards he was very conscientious and detailed in the editing process and produced a really fantastic end result, better than I had even hoped it would be. Thanks so much Zac!

Very creative film producer and always willing to share ideas with artists.   We hope Zac will continue to be part of the Multifuse ‘creative team’ as we continue our journey…..

As a singer-songwriter who was looking to launch myself and my music with a new image, I’d already come across video producers whose selling pitch was in a different league to their execution. With Zachary Denman you get the full package: a vision and treatment that does full justice to your music and ideas AND the enthusiasm and work ethic to bring it to fruition to the standard required in a crowded market-place.

I knew he was the guy who could do the job.  Saw that he had taken pride in his works and that was exactly what I was after. First day of the shoot, he did not give me time to get nervous, made me & others involved in the video feel very comfortable, fun to work with, but kept it professional.  He knew what he was doing but was also open to other idea inputs.  If he did not get the shots he wanted he would go that extra mile to make sure he got those good shots. With this guy you get all three in one, A Director, A Camera  guy and an Editor and he is tops in all three. He knows his craft well.  And for his budget range you can’t go wrong.

I decided to promote my new therapy business with a video through Zac. I have always been quite shy about putting myself “out there” but Zac was incredibly understanding and supportive and he tailored the footage to be in line with the professional image I wanted to portray. He listened to everything I wanted to do as well as making sure that the atmosphere for filming was ambient and calming. His level of expertise and his eye for detail has made my video a great success and I am very honoured to have worked with him! I can’t recommend Zac highly enough and if you are looking for a video that is a cut above the rest, then this is your man! I will definitely be using you in the future!

Zachary is an exceptionally talented professional and very easy to work with. He understands exactly what you want to achieve and use his own initiative, creativity, time and commitment. Zachary has delivered an outstanding video for us. We will not hesitate to recommend him highly and will definitely work again with him in other forthcoming projects.

It was great to work with Zac! He understood from the very beginning what we were looking for and came up with a brillant script in no time. He is an amazing director too, shooting with him felt really natural even though we are not actors. We had a great time making the video, it was good fun and we enjoyed every part of the process.All that is reflected in the results , we have got a wonderful video.

I can’t recommend Zac highly enough as he is a creative genius. His skill at understanding the sounds inside my head and visually interpreting them really is an art. He very quickly got where I was coming from and his creativity and vision gave my track real depth and soul. Oh and he’s a really nice guy and very easy to work with…

We have worked with Zac on a couple of projects now. As well as being both really creative and professional he has always bought a great positive vibe to all the shoots and edits. We look forward to working together again soon.. Cheers Zac!

Working with Zac was brilliant! He’s a really laid back guy who gives clear instructions and takes your ideas and feedback on board. The end result was a video that has opened up so many doors…Within a few weeks of putting the video up I got requests to perform at events, an investor and more fans. I most definitely will be calling on his services again this summer for my debut single. 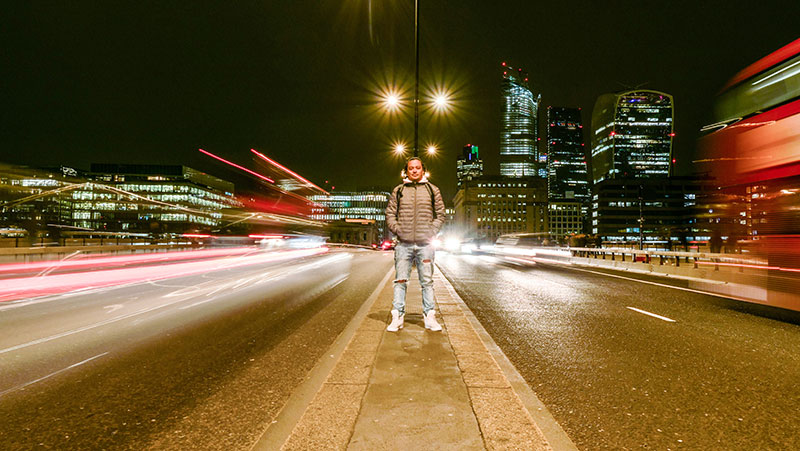 John Reynolds
09:50 14 Jan 20
Zac is a good man ! always wants to get involved and ensures everyone is happy with what is planned to be done. Zac has produced our own in-house video and work was completed on time and on budget 100% Pro ! A pleasure to work with.

AV2 Sales Desk
09:48 14 Jan 20
We have been working with Zac for some years now and have always found him a pleasure to work with. His enthusiasm is very infectious and he clearly has a depth of knowledge within this line of business. We were especially pleased with a promotional video that he completed in order to promote a specific part of our business. Thanks again Zac and keep up the good work!

Tears Of Happiness
11:59 25 Jul 19
This man is nothing short of outstanding!!! The most intuitive and innovative director/producer I've worked with. His knowledge of how things will eventually look is incredible. Such as nice guy to work with.

Magazine Gap
08:21 22 Jul 19
To date we've made 11 terrific music videos with Zac - he has a clear vision of what he wants, and edits in his mind as he films, which makes for a highly effective and efficient shoot. He has great energy, is fun to work with and is a strong collaborator. Ultimately, the results are always better than our very high expectations!

matthew jackson
16:52 24 Apr 19
Had a good time shooting in London Zac is a very enthusiastic and knows how to get the best out of.You won't be disappointed

Dora Elo
13:26 02 Feb 19
Zachary is just amazing!!He was always making sure I was feeling comfortable through the whole filming process!!For my first music video I could not get a more relaxed and enjoyable experience!Huge thank you!! He worked so hard to make a stunning video to start my singing journey! He made sure every detail is properly done..Also he just feels people characters..He knew exactly the way I wanted the video to look like..If you need a friendly,professional producer work with Zachary!!!You won't be disappointed :)

Julia Thomsen
19:06 22 Jan 19
"It has been an absolute pleasure to work with the most talented Zac - I am so happy with the wonderful videos he has created with my music and look forward to working on many exciting projects now and in the years to come!"

Mortimer Jackson
20:19 02 Jan 19
Zac has been amazing to work with, I thoroughly enjoyed the whole process and am so happy with the music video he has made for my next single. He really went the extra mile with it and has helped give the song a new life with his passion and creativity
See All Reviews